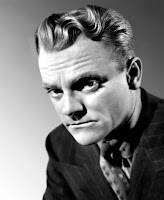 As James entered his 60s, he made fewer and fewer films. In 1961 he was in Billy Wilder's comedy One, Two, Three, appearing as Mac, the head of Pepsi-Cola's Berlin division with aspirations of being the head of Pepsi-Cola's European division. However, this was not a happy filming experience for James, who sometimes had to perform up to 50 takes for Wilder, and it was during this shoot that James decided enough was enough and he would retire. The film was not a runaway success, costing $3m to make and only making back $4m.

James was coaxed out of retirement, however, five years later to narrate the TV special The Ballad of Smokey the Bear. Aired in November 1966, the one-off children's special told the tale of a bear through stop-motion animation and had an accompanying score by Johnny Marks. This off-screen appearance paved the way for another two years later when he narrated Arizona Bushwackers, a Western starring Howard Keel and Yvonne De Carlo. He did the job uncredited, as a favour to producer A C Lyles, who had produced the only film James ever directed, 1957's Short Cut to Hell.

In the 1970s, when he was in his 70s, James's health began to deteriorate. He was diagnosed with glaucoma, which turned out to be a misdiagnosis of diabetes, but a strict diet enabled him to control his illness, and he lost 20lbs in time to make a rare public appearance at the American Film Institute's Lifetime Achievement ceremony in 1974.

James suffered a stroke in 1977, which prevented him from doing some of the things he loved best in life - riding horses and dancing. This sent him into a depression, and eventually he also gave up his beloved painting.

After turning down roles in the likes of My Fair Lady and The Godfather Part II, he was finally coaxed back in front of the camera in 1981 for Ragtime, in which he played a New York Police Commissioner in a story about a black pianist who gets mixed up with an upper-class white family in the 1900s. By this point James was 82 and had put on a lot of weight. The film was mainly shot at Shepperton Studios in the UK, and when James arrived in Britain aboard the QE2 he was mobbed by hundreds of fans. Ocean liner company Cunard said they'd never experienced anything like it; maybe this was because James Cagney was not somebody often seen by this point. 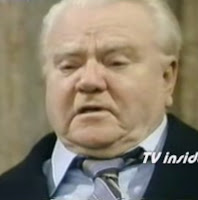 While in the UK, James made an appearance on the chat show Parkinson, and also popped up at the Queen Mother's Command Birthday Performance in 1980. Astonishingly, the Queen Mother rose to her feet when James made the stage, and broke protocol to visit him backstage afterwards.

On March 8, 1982 James made his last public appearance for the Night of 100 Stars TV special, which paid tribute to Cagney, as well as the likes of James Stewart, Gregory Peck and Bette Davis. James appeared at the end, rising through the stage, sitting down - overweight and obviously stricken by his stroke.


James's final part was in the title role of the TV movie Terrible Joe Moran, broadcast on March 27th, 1984, when James was 84. He played a wheelchair-bound ex-boxer who helps his granddaughter (Ellen Barkin) fight off debt so she can become a successful writer. The controversy surrounding this final outing for James is that the producers decided to overdub his lines with those of an impersonator, Rich Little. A member of the post-production team said many years later that the original soundtrack with James's stroke-affected voice was fine, and would have been just as good, if not better, if left alone.

James Cagney died of a heart attack on his Dutchess County farm in Stanford, New York state on Easter Sunday, 1986. He was 86. A funeral was held at Manhattan's St Francis de Sales Church, and a eulogy was given by close friend and US President, Ronald Reagan. James's body was interred in a crypt in the Garden Mausoleum at the Cemetery of the Gate of Heaven in Hawthorne, New York.


A bit of fun: Here's a fantastic interview with James Cagney filmed for the Intimate Interviews series of shorts. He's interviewed by Dorothy West and we get to see Jimmy working out before speaking about his early life and career. The year is 1931 and James is just 32.

Posted by My Old School Books at 8:58 am