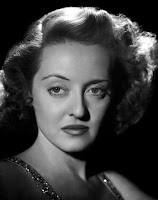 Best known for: Actress who became one of the most successful and revered in Hollywood history, being nominated for 11 Oscars (and winning two, for Dangerous (1935) and Jezebel (1939)), three Golden Globes (and being awarded the Cecil B DeMille Award in 1974) and four Emmys (winning one, for Strangers: The Story of a Mother and Daughter in 1979). In 1999 the American Film Institute named her the second greatest female actor of the 20th century (after Katharine Hepburn).

By 1980, the year Bette turned 72, big-screen leading roles had all but dried out. As with so many stars of the classic era of Hollywood, Bette turned to television, and made a good many TV movies in her final decade, including the Emmy-nominated White Mama (1980) and A Piano for Mrs Cimino (1982). These projects were almost always well-received, and Bette appeared in an average of one every year until ill-health really took its debilitating effect.

Bette's last two projects were actually cinematic rather than televisual. In Lindsay Anderson's The Whales of August, Bette played Libby Strong, elderly sister to Lillian Gish's Sarah Webber. Bette was 79 by this point, and Gish was 94, but plenty of other elderly actors had turned down parts in the film, often due to infirmity - Shirley Booth (then 89), Barbara Stanwyck (80), Frances Dee (78) and Katharine Hepburn (80), as well as Fred Astaire (88), Paul Henreid (79), Joel McCrea (82) and John Gielgud (83).

The filming of The Whales of August, on Cliff Island in the Gulf of Maine, was not a happy one, as the formidable Bette tried to insist on top billing, above Gish, who found the demands unpleasant, and said: "I don't care what they do with my name. If they leave it off, so much the better. It's the work I love, not the glory." Bette finally secured leftmost billing, but slightly lower than Gish on the right. Gish claimed that Bette refused to look at or speak to her during filming, except when the script required it. On the flipside, Bette reported that she was unhappy with Gish missing her cues because she was deaf. The film opened in October 1987 and was a critical hit but commercial failure.

Bette's final screen acting role was in Wicked Stepmother (filmed in 1988 but released in February 1989), co-starring Barbara Carrera. Director Larry Cohen first thought of Bette for the role when he saw her at the 1986 Golden Globe Awards. In 2012, he wrote: "My heart went out to the outrageous lady with partial facial paralysis who limped on to stage [reportedly barely 80lbs in weight]. Certainly it was a shocking sight to behold. But once Bette started to speak, she was unmistakably the brilliant Queen of Warner Bros. As of that night, I was determined to create a project that would bring Bette back. And I wouldn't give up until she agreed to do it."

Bette and Carrera play mother/ daughter witches who share just the one human body; while one is corporeal, the other must live in a cat. A strange set-up, but there was a good reason for this scenario. A week into filming, in April 1988, Bette reportedly stormed off set, never to return, as she was unhappy with the scripts and the way she was being photographed. The script had to be hastily reworked to accommodate the loss (although Cohen did consider recasting, with Lucille Ball as Miranda Pierpoint, but it was a good job he didn't as Ball herself died in April 1989, predeceasing Bette!).

Bette's displeasure with the picture was the accepted truth for years, until in 2012 Cohen set the record straight in an article for Film Comment, in which he said that she actually left the set for a dental appointment after her bridgework cracked. He wrote: "Knowing it would delay the picture, Bette tried to fake it and failed. She could barely get the lines out because of the necessary pauses to readjust the bridge with her tongue."

In June 1988, Bette was required to testify under oath at a deposition so that the insurance company could accurately assign blame for the shutdown and delay of the film. Cohen said: "And to her credit, she finally owned up to the truth and completely absolved me of any responsibility for her premature departure." To read Cohen's full and fascinating account of the making of Wicked Stepmother, and his friendship with Bette, click here.

In the surviving scenes (which total around 11 minutes), Bette looks tired, ill and disinterested - not the best swansong for a Hollywood legend at all. Reportedly, female impersonator Michael Greer dubbed in some of Bette's lines after she walked out.

Bette had been plagued by ill-health for most of her final years. In 1983, aged 75, she was diagnosed with breast cancer and had a mastectomy. However, within a fortnight of the surgery, she suffered four strokes which paralysed the left side of her face and her left arm, leaving her with slurred speech. An intense programme of physiotherapy saw her recover somewhat, but her 100-a-day cigarette addiction did not help matters at all.

In January 1989, Bette collapsed while appearing at the 6th Annual American Cinema Awards, later discovering that her cancer had returned. That year she made personal appearances on two chat shows, Late Night with Letterman (April 20th) and Today (April 21st). Days later, she was honoured with the Film Society of Lincoln Center Annual Gala Tribute.

She recovered her health enough to fly to the Basque Country in Spain to be honoured at the Donostia-San Sebastian International Film Festival in late September, but during her time there, her health deteriorated once more and she was too ill to fly back to the USA. Her lawyer, Harold Schiff, said: "The doctors told us the cancer had spread, that it was terminal. The doctors had said let her go on going about her business."

She flew to the French commune of Neuilly-sur-Seine, just west of France, where she passed away at the American Hospital of Paris at 11.20pm on October 6th, 1989. She was 81 years old. She was interred at Forest Lawn Hollywood Hills Cemetery in Los Angeles beside her mother and sister (but with her own name in larger type!).

Half of her near-$1m estate was left to her carer and physiotherapist, Kathryn Sermak, and the other half to her son, Michael Merrill. Her daughters and grandchildren were left out of the will (dated September 1987). Bette had been estranged from her daughter Barbara since 1985 when she'd written a tell-all book about her mother that caused some controversy. But that's another story...!

A bit of fun: In 1933, when Bette was 25 years old and already riding on the success of her debut in The Bad Sister, she took part in a commercial for General Electric kitchen appliances, made in collaboration with Warner Bros and co-starring other names such as Dick Powell and William Warren.