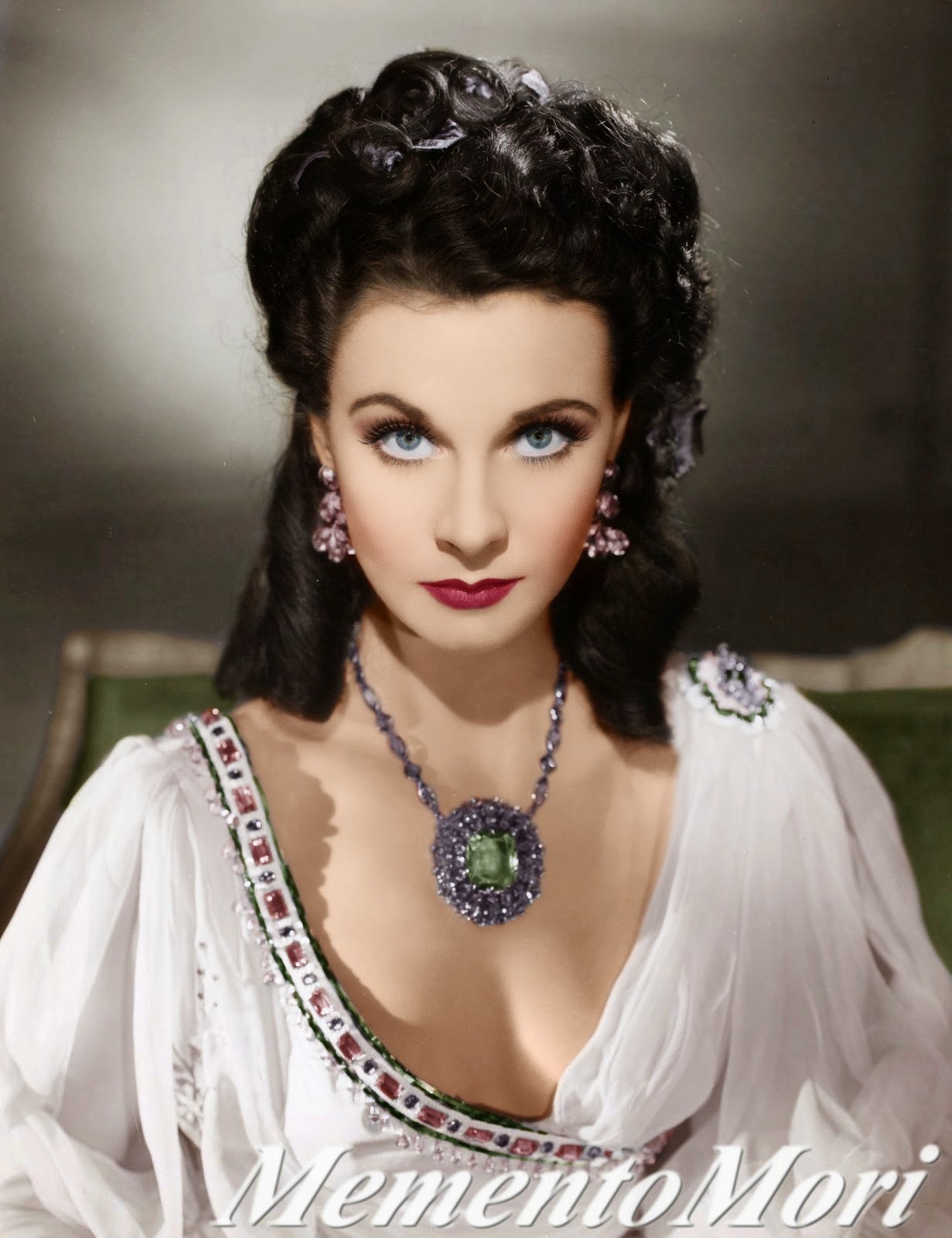 Best known for: British actress whose career was eclipsed by her early success as Scarlett O'Hara in Gone With the Wind (1939), but whose other notable work included Caesar and Cleopatra (1945), Anna Karenina (1948) and A Streetcar Named Desire (1951). She won two Best Actress Oscars for Gone With the Wind and A Streetcar Named Desire. Her personal claim to fame was that she was married to acting legend Sir Laurence Olivier between 1940-60.

Vivien's screen CV is actually relatively slight for a woman who made such an impact on Hollywood. She made only five films in the 1940s, just two in the 1950s and two more in the 1960s before her death, but she was extremely busy on the stage throughout these decades.

Vivien's life was plagued with illness, both physical and mental. It all began to fray when she was diagnosed with tuberculosis in her left lung in 1944 following a tour of North Africa entertaining the troops. She was hospitalised for several weeks. It was in 1945, while filming Caesar and Cleopatra, that Vivien discovered she was pregnant, but sadly miscarried, and this pushed her into a deep depression, the first of several depressive periods caused by her (then undiagnosed) bipolar condition. Following her mental breakdowns, Vivien would apparently have no memory of events, but would be remorseful.

In the early 1950s, Vivien's insecurities were preyed upon by vicious critics, in particular Kenneth Tynan, who proclaimed her a mediocre talent which was said to often cause Olivier to underachieve in his partnered performances with her. Vivien suffered a breakdown shortly after filming began in Ceylon in 1953 on Elephant Walk (she was replaced by Elizabeth Taylor) and back home in the UK she confessed to Olivier that she'd been having an affair with actor Peter Finch for the last five years. In 1956 she miscarried a second time and entered a depression that lasted months.

Her penultimate screen appearance was on television, performing alongside Jean Pierre Aumont on The Ed Sullivan Show in May 1963 in a song and dance routine from the musical Tovarich, which she was appearing in at the Broadway Theatre, New York. She was just 50 at this time but moves and performs with the sprightliness and elegance of a woman half her age. It was no wonder she won a Tony Award for Best Actress.

Her final big screen appearance was in 1965 playing Mary Treadwell in Ship of Fools opposite Lee Marvin. The film was well-received, despite its two-and-a-half hour running time, and garnered eight Oscar nominations (winning three) in 1966. Ship of Fools was released in July 1965, but during its production Vivien was not a well woman. Director Stanley Kramer later recalled that Vivien had strained relations with some of her co-stars due to her feelings of paranoia: in one incident she hit Lee Marvin in the face with a spiked shoe.

Ship of Fools may have been her final screen role, but her final acting performance was on the stage, in a production of Chekhov's Ivanov adapted and directed by John Gielgud and which toured the USA and Canada during the summer of 1966. Vivien played Anna Petrova alongside Gielgud, Ronald Radd and Jack Merivale, who was her partner from 1960 until her death.

It was in May 1967, during rehearsals for the play A Delicate Balance opposite Michael Redgrave, that Vivien was stricken with another bout of tuberculosis, reportedly coughing up blood. She spent several weeks in recovery, but despite being told not to drink or smoke, she often partook in both, concerned about her then ex-husband Olivier, who was undergoing treatment for prostate cancer.

Vivien never returned to the boards. Noel Coward records in his diary a visit to her apartment on July 2nd, describing her as pale, but "lovely, enchanting and gay".

On the evening of Friday, July 7th, 1967, after watching the Wimbledon Men's Tennis Final on TV with her partner Merivale, Vivien was left in their apartment at 54 Eaton Square, London, while he went to perform in a play, and upon his return just before midnight he found her asleep in the bedroom. Merivale went to heat up some soup for himself, and half an hour later returned to the bedroom to find her lying dead on the floor. She had attempted to walk to the bathroom, but as her lungs filled with liquid, she suffocated, collapsed and died. She was just 53 years old.

On the announcement of her death the next day, the lights of every theatre in London were extinguished for one hour in her memory. A Catholic service was held for her at St Mary's Church, Cadogan Street, London, and she was cremated at Golders Green crematorium and her ashes scattered on the lake at her summer home of Tickerage Mill in East Sussex, UK.

A bit of fun: In December 1958, when Vivien was aged 45, she was interviewed by Edward Murrow about theatre and film. It's interesting for her face-off with her arch-nemesis, the acid-tongued Kenneth Tynan, who dares to play down her iconic performance as Blanche DuBois in the film A Streetcar Named Desire simply because she was English. Vivien gives a good account of herself...

Posted by My Old School Books at 4:24 pm