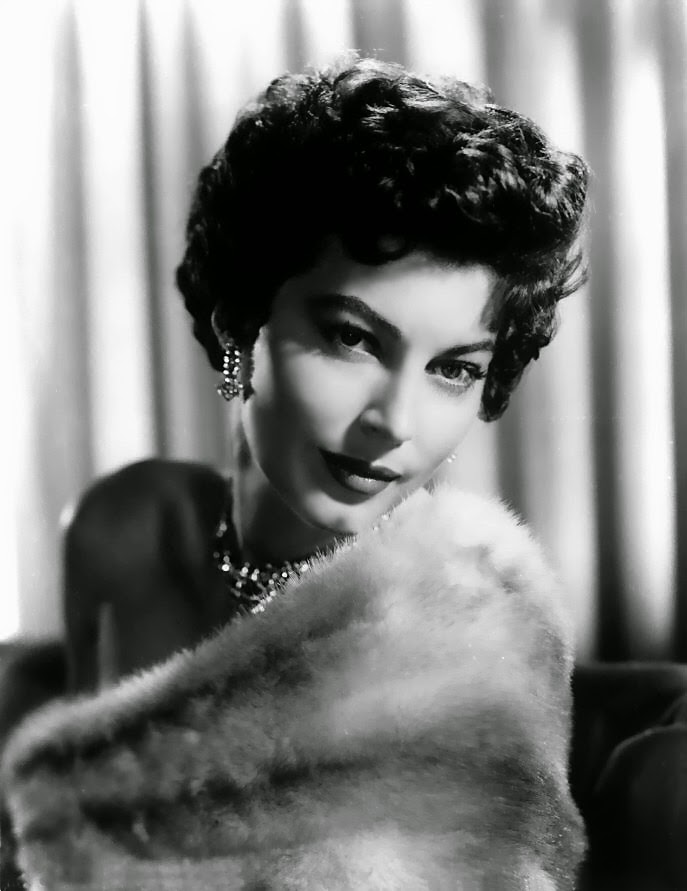 Since divorcing Sinatra, Ava had been in relationships with the writer Ernest Hemingway and actor Benjamin Tatar while living in Spain, but in 1968 moved to London in the UK. It was here she opted to have a hysterectomy to avoid contracting the uterine cancer that had killed her mother Mollie in 1943. In her later years Ava moved into TV work, most notably playing Ruth Galveston in the soap Knots Landing (1985). Sadly, her final movie - 1982's Regina Roma - went straight to video, and her very last screen appearance was in the 1986 TV movie Maggie. It's hard to find footage of this, but the same year she appeared with Omar Sharif in the TV film Harem, excerpts of which can be found on YouTube.

The reason for Ava's retirement from the screen was that she suffered two strokes in 1986, aged 63, which left her partially paralysed and bedridden. She could walk with a stick, but was unsteady on her feet, once telling potential biographer Peter Evans: "My body's failing every which way." She lived with her housekeeper Carmen at 34 Ennismore Gardens in Knightsbridge, London, and had for years suffered with emphysema and alveolitis as a result of her smoking, as well as systemic lupus, an
auto-immune disorder which left her tired and listless. Indeed, her final words to Carmen were reportedly: "I'm so tired." Ex-husband Sinatra offered to pay for Ava to receive specialist care in the US, and arranged for her to be flown in a medically-staffed private jet, but sadly she died of pneumonia before this could take place. She was just 67 years old. Ava's body was flown to the US and buried at Sunset Memorial Park in her hometown of Smithfield, North Carolina, alongside her brothers and parents. Smithfield now has an Ava Gardner Museum.

In her latter years Ava had been working on an autobiography to be ghost-written by Peter Evans, in an effort to keep the money rolling in to pay for her outgoings and medical bills (as she said, "I either write the book or sell the jewels, and I'm kinda sentimental about the jewels!"). However, their relationship soured when Ava discovered Evans had once been sued by her ex-husband Sinatra, and the book was never completed. Transcripts of the conversations Evans had recorded with Ava were used in the book Ava Gardner: The Secret Conversations, published in 2012 after Evans's death.

A bit of fun...
Take a look at Ava's appearance on the US panel show What's My Line? in September 1953 - when Ava was 30 - in which blindfolded contestants had to guess who Ava was by asking a series of yes/no questions. Ava looks ravishing!

Posted by My Old School Books at 2:13 pm