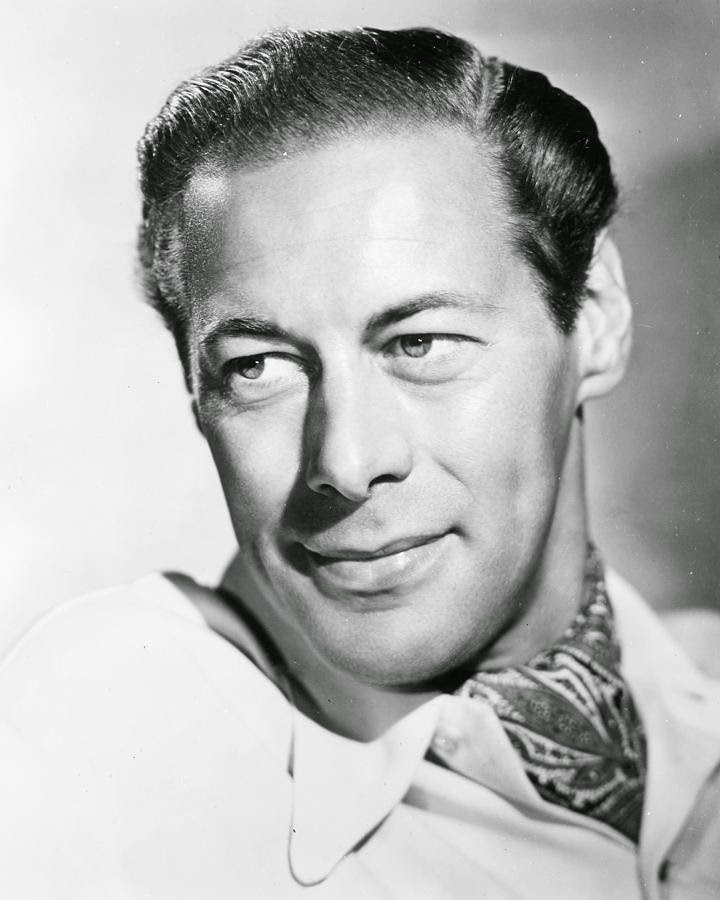 Best known for: English-born stage and screen actor most synonymous with his roles as Professor Henry Higgins in the musical My Fair Lady (1964) and the title character in Dr Dolittle (1967), although other films include Blithe Spirit (1945), Anna and the King of Siam (1946), Cleopatra (1963) and The Fifth Musketeer (1979).

Although Rex retired from film acting after 1982's A Time to Die (or Seven Graves for Rogan), he still enjoyed success on stage, despite suffering with glaucoma, painful teeth and failing memory. A Time to Die was a World War Two film based on the book Six Graves to Munich by Mario Puzo, and was actually filmed in 1979 but not released for another three years. Rex played a corrupt German officer/ politician in the film, which made next to no impact on the world.

Through his final decade, aged in his 70s, Rex appeared on stage on both Broadway in New York and in London's West End, being nominated for a Tony Award in 1984 for his part as Captain Shotover in George Bernard Shaw's Heartbreak House (he lost to Jeremy Irons). His stage work in his twilight years was a successful way to bring his career to a close, appearing in The Kingfisher in 1985 and Aren't We All? in 1986, both with Claudette Colbert. Rex was awarded a knighthood by Queen Elizabeth II at Buckingham Palace in July 1989, as an orchestra played music from My Fair Lady, and Rex's final acting work was in the play The Circle, by W Somerset Maugham, alongside Glynis Johns and Stewart Granger, which opened on Broadway in November 1989. Sadly, Rex was diagnosed with cancer of the pancreas shortly before he succumbed to the disease at his Manhattan home (the same apartment block as Greta Garbo, incidentally) on June 2nd, 1990 - The Circle's successful run had come to an abrupt stop two weeks earlier with Rex's diagnosis, and never re-opened. Rex's body was cremated and his ashes scattered in two places: some were scattered at his villa San Genesio in Portofino in Italy, and the rest were scattered on the grave of his second wife, German actress Lilli Palmer, at Forest Lawn Cemetery in Los Angeles. Rex had six wives in his lifetime, but it seems Lilli (who divorced him in 1957 and died of cancer in 1986) was his lasting love.

Rex was not the most courteous of men, by many accounts, and was reportedly unpleasant to both professional colleagues and fans. One story goes that circa 1984, when he last appeared on the stage in London, a promising young female member of the cast sought a private word with him and was foolish enough to suggest he was getting a line slightly wrong. He smiled and said: "Mmmmm, how very interesting to be given advice from quite the worst actress on the English stage."

Random trivia: Seth MacFarlane based the voice for his Family Guy character Stewie on Rex Harrison in My Fair Lady, as he revealed in an interview in 2011.

Here are two photographs from the very end of Rex's life, in the publicity picture for The Circle (1989) and an undated but clearly very late colour photo, where he looks every bit his 82 years.

Posted by My Old School Books at 8:50 am