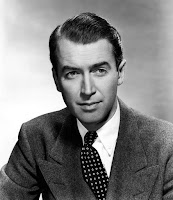 Best known for: One of Hollywood's best known and best loved actors whose work with Alfred Hitchcock left an indelible impact on Hollywood history. His most famous films include Mr Smith Goes to Washington (1939), It's a Wonderful Life (1946), Rear Window (1954) and Vertigo (1958). He was Oscar-nominated five times, winning Best Actor only once for 1940's The Philadelphia Story (he lost the other four times to Robert Donat, Fredric March, Jose Ferrer and Charlton Heston) and was awarded an honorary Oscar in 1985.

James's career was barely dented by the arrival of the more permissive 1960s and 70s, as he continued to secure good, solid film roles well into his sixties in movies such as The Shootist (1976), Airport (1977), The Big Sleep (1978) and even The Magic of Lassie (1978). But as James turned 70 he decided to take things a little slower and wind down to semi-retirement, and deservedly so after 45 years in the business.

After a turn as the title character in the short Mr Krueger's Christmas (1980) - still a Yuletide heart-warmer on American TV - his next appearance wasn't for three years, in the 1983 TV movie Right of Way. In this he played Teddy Dwyer, the husband of Minnie, played by Bette Davis. Minnie discovers she has a terminal illness, and so she and her loving husband set about devising a joint suicide so they can depart this life together, as they cannot conceive of life without one another. Their big mistake is telling their daughter, who cannot conceive of her life without them. It's a brave subject matter wrapped up in typical American TV movie schmaltz.

Another three years later and James secured his penultimate acting role, at the age of 78, as Miles Colbert in the mini-series North and South (Book 2). This 1986 American Civil War drama featured a raft of quality names, such as Kirsty Alley, Patrick Swayze, David Carradine, Lloyd Bridges, Olivia de Havilland and Jean Simmons.

North and South proved to be James's final on-screen acting appearance, as his very last credit was voicing canine sheriff Wylie Burp in the animated film An American Tail: Fievel Goes West, released in November 1991. It was obviously a knowing wink to James's 1939 film Destry Rides Again, and his distinctive voice matched the character perfectly.

James had made many sound business investments in his time and had a thumb in many pies, including real estate, oil wells and a charter aeroplane firm. As a result he had become a multi-millionaire, and so the drive to act for a living was no longer there. In the 1980s he became synonymous in the United States with Campbell's soup, as he provided voiceovers on their commercials, and was also a vociferous campaigner against the rising trend of colourising black and white films: "It's morally and artistically wrong and these profiteers should leave our film industry alone."

James spent most of the 1990s involved in charitable, philanthropic and congressional activities, but he wasn't getting any younger and, in December 1996, at the age of 88, he was due to have the battery of his pacemaker changed, but chose not to, preferring that nature should take its course instead. This decision could well have been based upon the fact his beloved wife of 47 years, Gloria McLean, had died in 1994, aged 75.

In February 1997 he was hospitalised with an irregular heartbeat, and on June 25th a thrombosis developed on his right leg, which led to a pulmonary embolism a week later. With his children at his bedside, on July 2nd, 1997, James passed away at the age of 89 at his Beverly Hills home, his final words being: "I'm going to be with Gloria now!". More than 3,000 mourners attended James's memorial service, and the actor was interred at Forest Lawn Memorial Park Cemetery in Glendale, California.

James didn't make very many public appearances toward the end of his lifetime, but did pose for this stately portrait in 1995, around 18 months before he died. 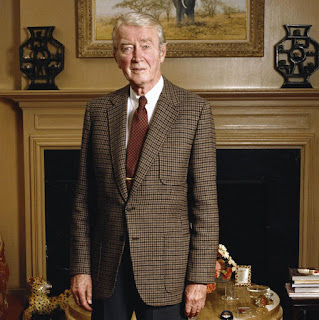 Posted by My Old School Books at 5:21 pm