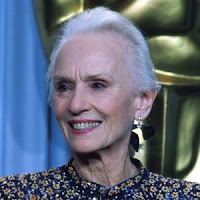 Best known for: British actress who enjoyed a solid career over almost seven decades, but who might be best known for her work toward the latter end of her lifetime. She won a Best Actress Oscar in 1990 for Driving Miss Daisy (1989), and was nominated for a Best Actress in a Supporting Role Oscar in 1992 for Fried Green Tomatoes at the Whistle Stop Cafe (1991, losing out to Mercedes Ruehl).

Although Jessica had been appearing in movies since the age of 23 - 1932's The Indiscretions of Eve - it's not until the 1980s that movie goers really started to notice who she was. It is more unusual to see a photo of Jessica when she was young, than when she was elderly. She had roles in films such as The Seventh Cross (1944), Dragonwyck (1946), The Desert Fox (1951) and even Hitchcock's The Birds (1963), but it was the 1950s when she made a major transition from cinema screen to TV screen, with numerous appearances in productions such as The Man from Glasgow (1951), The Marriage (1954), A Murder is Announced (1956) and The Moon and Sixpence (1959).

For some reason, the 1980s were a watershed in Jessica's career, becoming more high profile the older she got. By the time she appeared in 1981's Honky Tonk Freeway with Beau Bridges and her second husband, Hume Cronyn, she was 72. But the hits just kept coming - The World According to Garp (1982), Cocoon (1985), *batteries not included (1987), The House on Carroll Street (1988), Cocoon: The Return (1988), Driving Miss Daisy (1989), Fried Green Tomatoes at the Whistle Stop Cafe (1991) and Used People (1992). Her increasing age and failing health could not stop her - in 1973 she'd had a double cataract operation (aged 64) and had collapsed with cardiovascular problems while on stage in the play Foxfire in 1985, aged 76. She also suffered with difficulty in memorising her lines, and worsening stage fright in the 1980s.

Jessica won her Best Actress Oscar at the age of 80 (the oldest winner until Christopher Plummer won one in 2010 aged 82), and it is a shame that recognition of her talent had to come quite so late in her career and life, as she didn't have very much longer to enjoy it. Over Christmas 1993 she appeared in the TV film To Dance with the White Dog, one of those schmaltzy affairs where widower Hume Cronyn is trying to deal with the grief of losing his wife (Tandy), and suddenly finds himself with a little white dog as a companion. You've already put two and two together, haven't you? Jessica was nominated for a Primetime Emmy (hubby Cronyn won one), and this seasonal heart-warmer was the last project released before her death nine months later (ironically, on the night of the Emmys ceremony).

It was in 1990 - a year in which Jessica did not work at all - that she was first diagnosed with ovarian cancer, and she fought the disease, as well as bouts of angina and worsening glaucoma, for four whole years, including major surgery in 1991, until finally succumbing to it in September 1994, aged 85.

Her husband Hume lived another nine years, passing away in June 2003 of prostate cancer (and after having married again, the children's author Susan Cooper, in 1996). The couple had appeared together in 13 productions over a 50-year period - The Seventh Cross, Blonde Fever, The Green Years, The Moon and Sixpence, Honky Tonk Freeway, The World According to Garp, Cocoon, *batteries not included, Foxfire, Cocoon: The Return, The Story Lady, To Dance with the White Dog and Camilla - and they're just the TV and film appearances. There were even more on stage. That's one hell of a partnership, both professionally and privately.


Here's the wonderful moment when Jessica won her Best Actress Oscar in 1990, presented to her by Gregory Peck, beating Pauline Collins, Isabelle Adjani, Jessica Lange and Michelle Pfeiffer. "I never expected in a million years that I would ever be in this position; it's a miracle... I am on cloud nine!"

Posted by My Old School Books at 2:48 pm