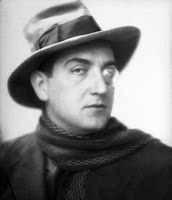 Best known for: Pioneering director and producer from the German Expressionism school of film making who gave the world the groundbreaking spectacle of Metropolis (1927), as well as M (1931) and The Testament of Dr Mabuse (1933). However, he was never nominated for an Oscar, or indeed any of the major movie awards that Hollywood's glitterati crave.

Following the success of his European films, Hollywood signed Fritz up to cash in on his talent, and films such as Fury (1936), Ministry of Fear (1944), The Big Heat (1953) and Moonfleet (1955) were born in a 21-year career Stateside. But as the 1950s wore on it was becoming increasingly difficult for him to secure the financial backing from the Hollywood studios that he required, and after 1956's Beyond a Reasonable Doubt, he returned to Germany, lured by the opportunity to make a film of his ex-wife Thea von Harbou's novel Das Indische Grabmal, something he'd toyed with in 1921.

What resulted, three years later, was the two-part epic consisting of The Tiger of Eschnapur and The Indian Tomb (sometimes known as Tiger of Bengal or Journey to the Lost City). Collectively the two films ran to three hours 20 minutes, but when Hollywood got its hands on it, it was edited down to just 95 minutes.

Fritz's final film as director was a new installment in the Dr Mabuse series he'd begun in 1922 with the silent film Dr Mabuse the Gambler, followed by The Testament of Dr Mabuse in 1933 and continued that same year with The Last Will of Dr Mabuse. The Thousand Eyes of Dr Mabuse was released in 1960 and starred Wolfgang Preiss as Mabuse (Rudolf Klein-Rogge had died in 1955). It was a big hit and led to a further series of five sequels led by German producer Artur Brauner, but Fritz, then aged 70, was never involved with the canon again. Neither did he direct or produce again.

Fritz's final foray with the silver screen was appearing as himself in Jean-Luc Godard's film Contempt, released in 1963. It tells the tale of screenwriter Paul Javal (Michel Piccoli) who is tasked with making the script for a film version of Homer's Odyssey more commercial. The film is to be directed by Fritz Lang. Contempt also starred Brigitte Bardot and Jack Palance and was met with universal acclaim.

Fritz's film-making career ended with little fanfare, and he lived his final years quite frugally in his California home. By the 1960s he was registered legally blind, taking to wearing an eyepatch over his right eye. In 1964 he was chosen to be a judge on the Cannes Film Festival jury, and in the 1970s he apparently had a desire to make a film about the burgeoning hippie culture of the time, but this never materialised.

In his twilight years, however, he did receive recognition for the influential work he'd done in the 1920s and 30s which helped shape cinema the world over. He accepted the Golden Ribbon of Motion Picture Arts at the 1963 Berlin Film Festival, and in 1965 the French government bestowed on him the award of Officier des Arts et Lettres. He returned to his native Vienna in 1971, after an absence of nearly half a century, to receive the Medal of Honor of the City of Vienna. In 1973 he was honoured with a gala tribute by the Directors' Guild of America, and there were major retrospectives of his work at the Museum of Modern Art in New York (1967), the Los Angeles County Museum of Art (1969), and the Moscow Film Institute (1975).

Described by director Peter Bogdanovich as a lonely man in his final years, Fritz died, aged 85, of a stroke at his home in Summit Ridge Drive, Beverly Hills, in August 1976, and was interred at Forest Lawn cemetery in the Hollywood Hills in the Enduring Faith section. His third wife and widow Lily Latte was criticised after his death for the way she handled his estate - she destroyed many of his documents in an effort to protect his legacy.

And here's the full 90-minute interview...

Posted by My Old School Books at 6:22 pm