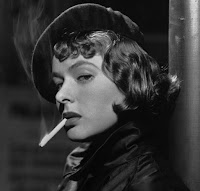 Ingrid's career - as you can tell from the paragraph above - was solidly successful, and she was continually recognised and rewarded for that. However, by the year 1970, when Ingrid turned 55, her acting appearances began to slow. In October 1970 she appeared opposite Anthony Quinn in A Walk in the Spring Rain, then didn't make another movie for three years - the longest gap in her CV up to then.

After serving as President of the Jury at the 1973 Cannes Film Festival, Ingrid, aged 58, returned to the screen to play the title role in the family comedy From the Mixed-Up Files of Mrs Basil E Frankweiler (aka The Hideaways), which subsequently led to her Oscar-winning performance as Greta in Sidney Lumet's Murder on the Orient Express the following year. It was a star-studded cast also including Sean Connery, Albert Finney, Lauren Bacall, John Gielgud and Anthony Perkins.

In the final six years of her life, Ingrid appeared in only three films, principally because in 1974, aged 59, she was diagnosed with breast cancer, which she battled and lived with for the following eight years. Her final roles were Contessa Sanziani in Vincente Minnelli's A Matter of Time (1976), Charlotte Andergast in Ingmar Bergman's Autumn Sonata (1978), and Golda Meir in the television film A Woman Called Golda, which told the story of the Russian-born, Wisconsin-raised woman who rose to become Israel's Prime Minister in the 1960s. This film was broadcast on April 26th, 1982, and posthumously won Ingrid a Golden Globe and an Emmy - a fitting swansong for a woman who would be dead four months later.

Ingrid did appear on the stage in her final years, however, most notably in The Constant Wife (1973) and Waters of the Moon (1977-78). She also appeared at awards ceremonies, including the AFI Lifetime Achievement Award Tribute to Alfred Hitchcock in 1979, and in 1980 wrote her autobiography, with the help of Alan Burgess (the man who wrote the biography of Christian missionary Gladys Aylward, whom Ingrid had played in The Inn of the Sixth Happiness).

It's a surprise A Woman Called Golda ever got made (with Ingrid, at least). The actress was quite ill at the time of filming, with rapidly spreading breast cancer, and it was impossible to insure her for the shoot. It was said later that if anybody had been aware of how ill Ingrid was, nobody would have continued with the project. Ingrid was frequently ill during filming, but tried not to show it. Four months after A Woman Called Golda was broadcast, Ingrid died on her 67th birthday. Her daughter Pia accepted her posthumous Emmy Award on September 19th, 1982 - three weeks after her mother's death.

Ingrid was cremated at Kensal Green Cemetery in London and her ashes returned to Sweden, where they were scattered in the sea around Dannholmen island off the coast of Fjallbacka on the country's west coast, where Ingrid had spent many summers in the 1950s, 60s and 70s. Some of her ashes were retained and placed next to her parents' ashes in Stockholm's northern cemetery.

Posted by My Old School Books at 1:38 pm