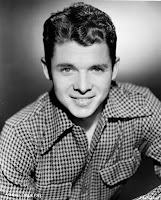 Best known for: Audie was one of the most decorated soldiers in the US military during World War Two (27 in all), receiving every major combat award for valour there was, as well as awards from the French and Belgian militaries. At the age of 19 Audie received the Medal of Honor after single-handedly holding off an entire squad of Nazi soldiers for an hour at the Colmar Pocket in France, then leading a successful counter-attack while out of ammunition and wounded. After the war his heroism was rightfully celebrated on American shores and he was cast as an all-American hero in various war and Western films, including The Red Badge of Courage (1951), Drums Across the River (1954) and The Quiet American (1958), after being "discovered" by James Cagney.

As you can see above, war hero Audie died young, aged 45, and his film career was going great guns right up until the end. Throughout the 1960s he'd continued to star in films and did not need to make the transition to television that many of his greater colleagues had been forced to do. However, his fate suddenly cut short what was turning out to be a pretty amazing life - from war hero to movie star.

Audie was not a content man. The horrors of war had had their effect on him and he suffered from what we know today as Post-Traumatic Stress Disorder. He used to sleep with a loaded gun under his pillow and sought peace in sleeping pills. A post-service medical in June 1947 found Audie suffered headaches, vomiting and nightmares about war. In the mid-1960s he admitted he was hooked on the sedative Placidyl (aka jelly-bellies or pickles) and went cold turkey by locking himself in a hotel room for a week to break the addiction.

Audie's undiagnosed and untreated PTSD manifested itself in mood swings and erratic behaviour, and on one occasion around 1950 he held his first wife, the actress Wanda Hendrix, at gunpoint. He cried tears of guilt when he saw newsreel footage of German orphans. In an effort to turn his suffering into something positive, Audie wrote poetry, and also highlighted his own fight against what was then known as "shell shock" or "battle fatigue" to try and help those returning from the Korean and Vietnam wars.

Toward the end of his life he developed a cash-flow problem, but he turned down offers of alcohol and tobacco commercials as he did not want to set a bad example to his young fans. His debts were down to a gambling habit, and in 1968 Audie revealed he'd lost $260,000 in an Algerian oil deal, and was also being investigated by the Inland Revenue for unpaid taxes.

Audie's final project was ironically called A Time for Dying (1969), a Western in which he played the legendary Jesse James, but the lead stars were actually Richard Lapp and Robert Random (exactly: who?). Prior to his death, Audie had been offered the role of the villain Scorpio in the Clint Eastwood film Dirty Harry. The role went to Andy Robinson instead.

On the morning of Friday, May 28th, 1971, Audie and four other passengers climbed aboard an Aero Commander 680 Super twin-engine aircraft at DeKalb-Peachtree Airport in Atlanta, destined for a business meeting in Martinsville, 284 nautical miles and 100 minutes away. Pilot Herman Butler requested a weather report before departure, and all seemed well, and the plane took off at 9.10am. However, conditions deteriorated during the flight, and at 11.30am, residents of Galax in Virginia - some 60 miles west of Martinsville - saw the aircraft circling in and around the clouds 150ft above ground level. Shortly after, the pilot tried to land the plane on a four-lane highway in Galax, but after making a pass over the city at treetop level, the aircraft left the area and headed for the Blue Ridge Mountains.

The last time anybody had any communication with the aircraft was at 11.49am when the pilot contacted Roanoke's Woodrum Airport requesting permission to land. However, he did not indicate to the flight authorities that he was in any kind of trouble. At 12.08pm the aircraft smashed into the side of Brush Mountain at 2,700ft at high speed level altitude. The collision into the heavily wooded slope killed all six people aboard, including Herman Butler and Audie Murphy, plus Jack Littleton, Raymond Prater, Claude Crosby and Kim Dodey. Butler had over 8,000 hours of flight experience, but was not rated to fly under instrument flight rules and had only six hours of experience flying an Aero Commander.

A search was launched that afternoon for the missing aircraft, but due to poor weather conditions, the wreckage was not discovered until Monday, May 31st, at 2.30pm, about 300ft below the summit of Brush Mountain. Rescue workers hiked up four miles of steep terrain to reach the crash site, and found Audie's body, along with two others, had been thrown further uphill from the wreckage. The other three were found inside the cabin and were badly burned.

Incidentally, it was the second aircraft crash on the mountain within 14 hours. The night prior, a single-engine Cessna 177 with four passengers (including a Roanoke vet and his wife) went down, killing all aboard. The cause of this accident was severe pilot inexperience and alcoholic impairment.

Audie was buried with full military honours on Monday, June 7th, 1971 and buried at Arlington National Cemetery in Virginia. His grave site is the cemetery's second most visited after John F Kennedy's. The headstones of Medal of Honor recipients are usually decorated with gold leaf but Audie had previously instructed that no such decoration be made, as he wanted to be as inconspicuous as other war veterans in the cemetery. The headstone says he was born in 1924, an error taken from falsified materials in his military records.

In December 1971, Audie's family filed a $10m lawsuit against the estates of pilot Herman Butler and Audie's fellow passengers Colby and Littleton, as well as Aero Commander Inc, Colorado Aviation Company, and Telstar Inc (Audie was a business director for Telstar Leisure Investments).

The National Transportations Safety Board issued an investigation report in June 1972 which ruled that the aircraft had not suffered any malfunction, but that the probable cause was pilot Butler continuing to try and navigate visually in poor weather conditions at an altitude too low for the terrain, and that he also tried to use flight instruments he was not qualified to operate.

In 1974 a large granite marker was erected just off the Appalachian Trail, close to the crash site.

Four years after Audie had died and his family had launched the $10m lawsuit against various defendants, a jury awarded the Murphy family $2.5m in damages to be paid by the aircraft's owner, Colorado Aviation Inc, of Denver, Colorado.
Posted by My Old School Books at 10:28 am