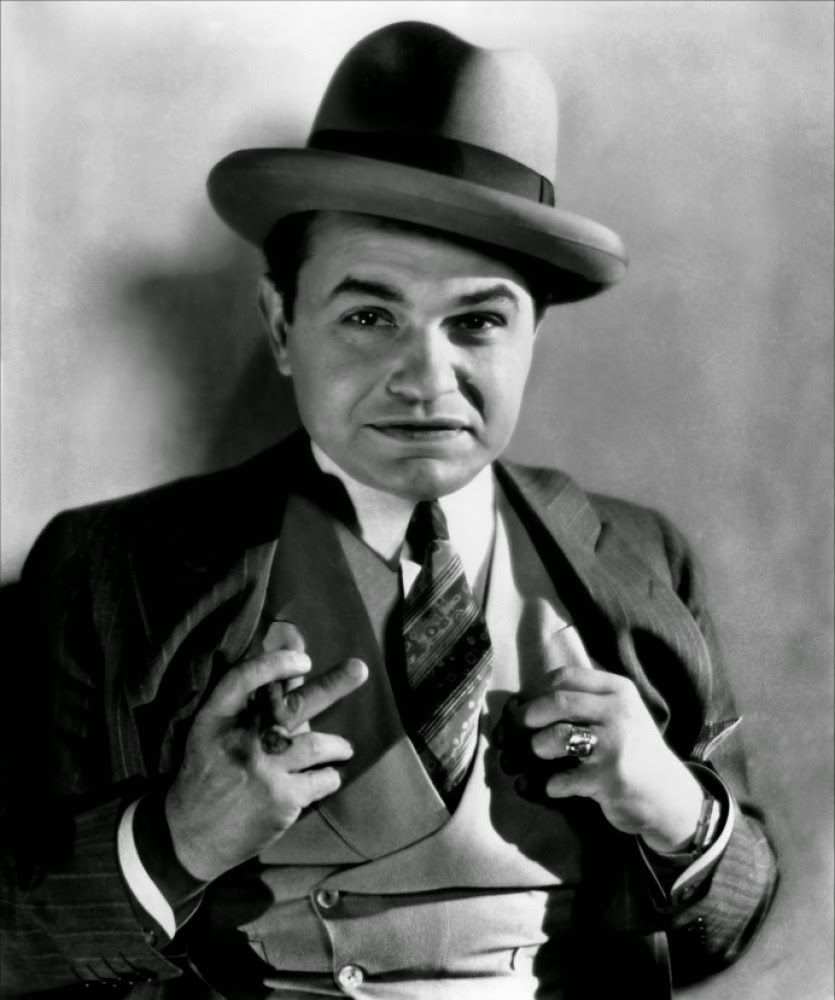 Best known for: Edward became most famous for his roles in numerous gangster films of the 1930s and 40s, most notably in Little Caesar (1931), Double Indemnity (1944) and Key Largo (1948). Edward was awarded an honorary Oscar in March 1973, two months after he had died. The award was accepted by his widow, Jane.

After achieving such great success in gangster and mobster flicks in the 1930s and 40s, Edward's career took a stumble in the early 1950s thanks to the House Unamerican Activities Committee. Despite a meticulous defense, and his name being ultimately cleared, his career suffered in its wake, until in 1956 he was thrust back onto the main stage by director Cecil B DeMille when he was cast as Dathan in The Ten Commandments.

However, his Communist associations were hard to shake off, and much of his latter career took to the burgeoning television, including shows such as Playhouse 90 (1958), The Detectives (1961) and The DuPont Show of the Week (1962). He did manage to take roles in some films in the 1960s (as well as a cameo in the Batman TV series in 1967), but things were really starting to tail off by the early 1970s, when Edward was in his late 70s. This led to him being forced to sell much of his treasured art collection, which he had built up over decades, as he did not have enough funds to finance his divorce settlement from his first wife Gladys. At the height of his collecting he actually ran a gallery with fellow art lover Vincent Price, and his love of art (but not Warhol!) formed the basis of his aforementioned Batman cameo.

Edward's final - and 101st - film role was as Sol Roth in 1973's science-fiction classic Soylent Green, co-starring Charlton Heston and Joseph Cotten. The role has a sad irony in that the character's last scene (said to be the last acting scene Edward ever recorded) was his euthanasia. It is said that he told Heston that he himself only had weeks to live; in actual fact, he died 12 days after completing his recording on Soylent Green.

Edward died of cancer of the bladder, aged 79, on January 26th, 1973, and Soylent Green was released in American cinemas on May 9th. He was buried in the family crypt at Beth-El cemetery in Ridgewood, Queens, New York City.

Tragically, his son Edward G Robinson Jr - something of a playboy as well as a small-time actor - died of natural causes in his home just 13 months later, in February 1974, aged just 40.

Trivia: Edward appears very briefly in the 2009 filmed section of Michael Jackson's Smooth Criminal video, which was to have been played at the singer's This Is It concerts if he'd lived to perform them. The footage - which also features Humphrey Bogart and Rita Hayworth - can be seen here.

A bit of fun: Here's Edward appearing as the mystery guest on a January 1956 edition of What's My Line? You'll love his fake accent to disguise his true identity!

Posted by My Old School Books at 2:48 pm